What is the Southeast Region? 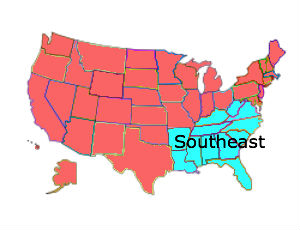 The Southeast region has rich soil that helps with farming. The Atlantic Ocean and the the Gulf of Mexico both border different parts of the region.

It is very warm in the Southeast region so farming can be done much longer then in the Northeast region.

In the Southeast there are three large tribes that lived in the region.

The Creek, Choctaw, and Cherokee were Native American tribes lived around water ways like the Mississippi River. They interacted with many European settlers when they came to their region and adopted many of traditions. 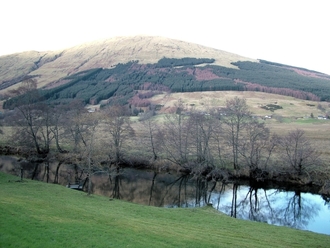 What did Southeast Native Americans Live In?

In the Southeast region, Native Americans lived in Wattle and Daub houses.

These houses were made by weaving river cane and wood into a frame. The roofs were made of grass and bark.
Wattle and Daub houses were permanent structures, perfect for farming people. They were small houses, fitting about one family per home. 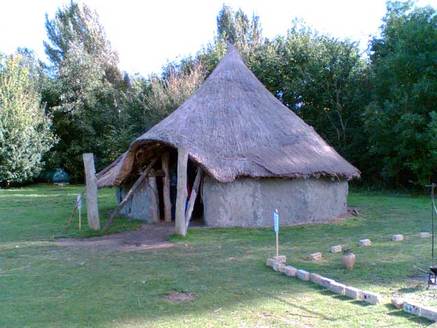 Southeast Native Americans were hunters and gathers for small animals like rabbits and turkeys. They also farmed a lot. Some of the farming methods they used were irrigation and crop rotation. They farmed crops like tomatoes, sweet potatoes, cotton, tobacco, and grits.

Click on the arrow below to continue your journey of learning about Native Americas!